As per the “Central Pollution Control Board”, out of all various air pollutions, the Odour is the most complex to measure and treat, also is most common & challenging to treat. There are two categories of Odour, one is indoor Odour & the other is outdoor Odour which is exhausted from indoor facilities. The odour from residential & commercial establishments and the industrial manufacturing industry are addressed differently, and different technologies are used to treat it. Depending upon the activity & source, Odour can be inorganic or volatile organic.

Why control Odour :
Indoor Odour or exhaust odours can have an ill effect on an individual's health due to toxic chemicals & microorganisms present in the odorous gases. The continuous presence of Odor in the atmosphere can have serious nuisance value to the people responsible for generating, their stack holders, and adjoining premises. Odour in the atmosphere can have a social, political and legal aspect, so it is essential to treat or control Odor. It is a moral, social duty to treat Odour within the facility, or if air containing Odor is exhausted, it does not become an odor nuisance. If Odour is not appropriately treated, it can become a political or legal issue.

Sources of Odour:
The source of Odour is from residential & commercial establishments or industrial & manufacturing plants. Often, Odour is exhausted with the help of ventilation & in this case, and exhaust air needs to be treated for odor control. If Odour is spread within the facticity, then indoor Odour has to be treated for the safety & comfort of the occupants. Below is the list of diversified odor sources from the residential, commercial & industrial sectors

There are some advantages & disadvantages of the above-listed odor control equipment. Depending on industries & the application odour control system is selected 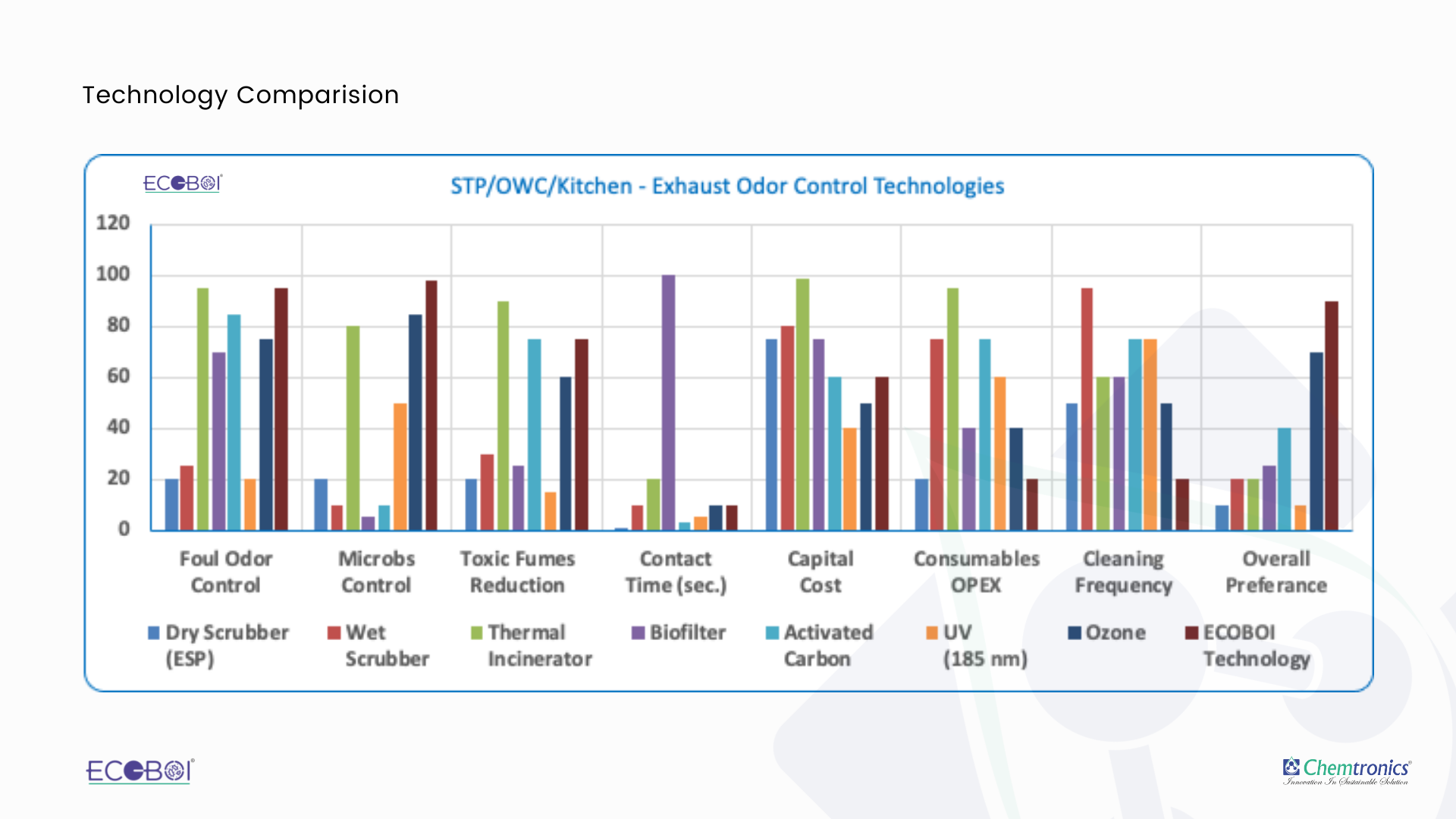 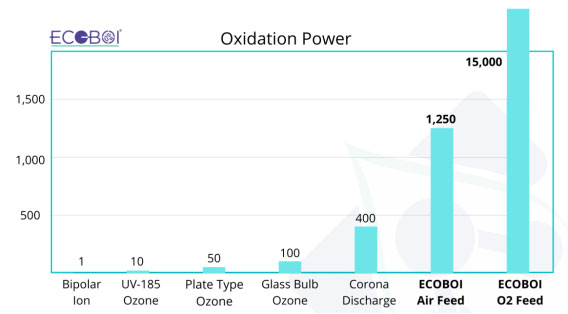 Process Flow Diagram: ECOBOI Generator For Odor Control
An odor control system is a complex way of understanding the present scenario, source from where odor is generated, ventilation design & accordingly design the odor control solution for the client. We at Chemtronics use innovative capture & treat techniques to optimize the performance. For successful result, ozone control design depends on : 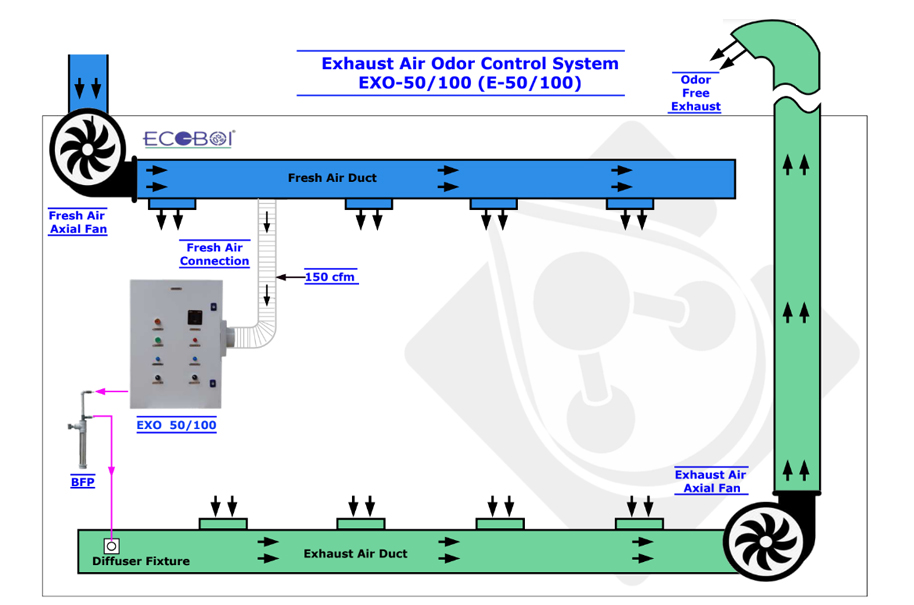 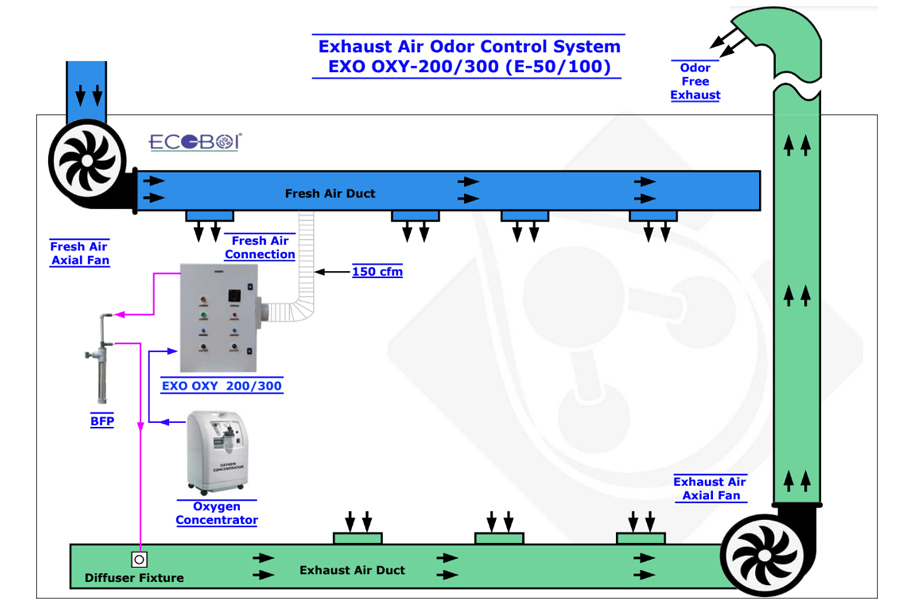